A haemostat is a medical device or dressing used to control bleeding from blood vessels in the body. It is used in surgeries as well as in emergency bleeding control.

The word traces roots in the Greek language, wherein “haemo” denotes “blood” and “stat” means “stop”. So, the literal meaning of the word haemostat is ‘to stop bleeding’.

The process of stopping the flow of blood from a blood vessel is called haemostasis. It can be-

Haemostasis is induced mostly during surgery where blood flow has to be stopped in a certain body part to be operated on. It is also done to stop bleeding from deep cuts or other injuries if the bleeding takes a long time to stop, risking the life of the person.

Haemostasis is the first stage of wound healing. This process involves:

Modern day haemostats can be put into the following categories- 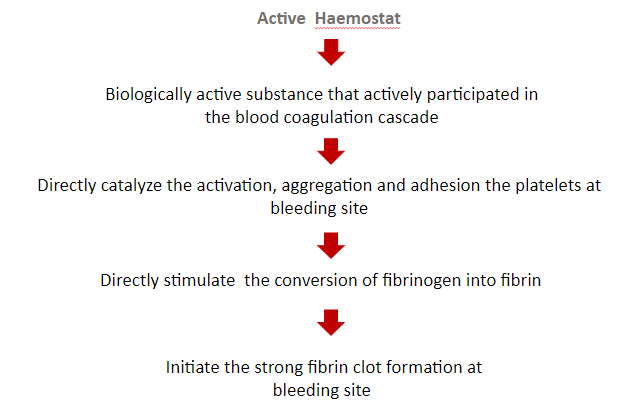 Thrombin is an enzyme that plays an active part in the blood clotting cascade. It can be sourced from bovine (cow) and human tissues or made by recombinant technology.

In some human beings, there might occur undue immunological response caused by thrombin originating from animals. So, at present, human-based or recombinant thrombin is used as a haemostat.

Thrombin based haemostats are generally used as implantable haemostats to stop mild to moderate bleeding. These types of haemostats cannot control severe bleeding.

Mechanical haemostats do not contain any type of biologically active substance. So, these haemostatic agents do not take direct, active part in the internal blood coagulation cascade of stopping blood flow. These only enhance swelling and vasoconstriction to create a strong mechanical barrier at the bleeding site. 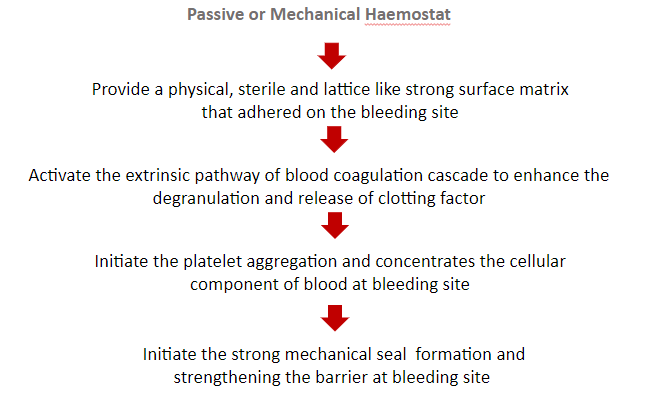 The passive haemostat in patch form is easy to use and only requires the application of manual pressure on the bleeding site. It is also available in liquid form or sealant which is effective to stop bleeding instantly, but the processes of preparation and application are cumbersome.

These materials provide an external plug on the bleeding site on which the blood clot can form faster.

Biomaterial based haemostats – These are popularly used in passive hemostasis.

1. Chitosan is a safe and effective haemostatic material derived from exoskeletons or endoskeletons of crustaceans and shellfish. It is a natural, bio degradable and non-toxic polymer. 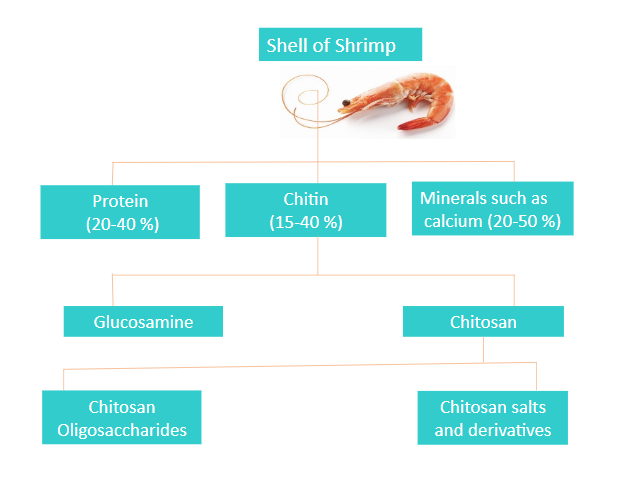 It is commonly used as a base for haemostatic dressing material, prepared using advanced methods like Protonated Bioadhesive Technology (PBT). Chitosan dressings to stop bleeding are also used in emergency kits.

2. Gelatine – It is a hydrocolloid fibrous protein obtained from the collagen hydrolysis process.

Most gelatine-based haemostat are available in either sponge or powder form. Gelatine has capability to stop mild to moderate bleeding only by expanding itself through blood absorption. It is not an ideal haemostat for severe bleeding, especially in case of intravascular bleeding.

3. Collagen – This is a proteinaceous substance obtained from bovine skin.

It enhances platelet aggregation and the release of blood clotting factors. All blood cells and factors tightly adhere at the bleeding site to form a strong mechanical seal for achieving haemostasis in mild to moderate bleeding.

It causes platelet activation and expands itself at the bleeding site to restrict mild to moderate bleeding. It is not used for intravascular and internal surgeries due to high risk of swelling.

5. Flowable haemostats– These are active, mostly liquid mixtures of biomaterials like gelatine and cellulose mixed with thrombin. This combination of substances actively helps in blood clotting. 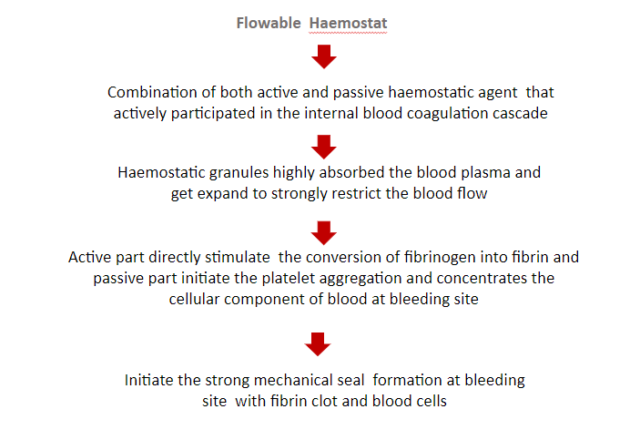 Flowable haemostats speed up the conversion of a substance in the blood called fibrin, to fibrinogen. This chemical reaction leads to the formation of blood clots, which is the final step in the process of haemostasis.

There are several newly developed haemostats that are a combination of the two types. Inorganic (non-biomaterial based) haemostats like zeolites and kaolin are also used as agents to stop bleeding. These are sourced from clays of Aluminium and Silicon oxides and can be infused with anti-microbial substances like Silver.

Why are haemostats needed?

When a serious, deep puncture occurs on the body, the natural blood clotting process can take a long time to complete. Losing a lot of blood can send the body in a state of hypovolemic shock or haemorrhagic shock, where the normal functioning of the body stops. If not attended to in time, this can cause death.

Excessive bleeding both during and after surgery, as well as during an accident is a major cause of death of millions of people worldwide every year. Haemostatic dressings are a quick fix to stop bleeding immediately.

It is advisable to consult a doctor regarding haemostat dressings that can be used during emergencies to stop bleeding until further medical care is available.

[This article has been prepared and backed by extensive research done by Anup Kumar, Research Associate at Axio Biosolutions.

Anup has completed M.S. (Pharm.) in Medical Device from NIPER with a gold medal. He has more than two years of experience working in the field of research and innovation related to Medical Devices development.

You can reach him on LinkedIn for any questions related to the article.]

What happens in a Cath lab?