Axio Medical Academy (AMA) is the medical education and training arm of Axio Biosolutions. Our goal is to sensitize the people to why timely medical assistance can go a long way in saving a life.

Around the world, almost 16,000 people die every day from all types of injuries. Around 1.3 million deaths per year can be attributed to road accidents and 40% of deaths are due to acute blood loss. This means that 11 people succumb to either road accidents, industrial accidents, falls and violence, every minute of every day.

The failure to start appropriate early management in bleeding trauma patients is the main cause of potentially preventable death from haemorrhage and exsanguination.

Similarly, chronic wounds are a big medical emergency and societal burden worldwide. Chronic wounds significantly affect the quality of life of patients and their families as they not only cause loss of function and mobility, depression, anxiety, for the patient but also impact the family financially due to longer hospital stays, chronic morbidity, and even death. The incidence of chronic wounds has significantly increased over the past decade due to the growth in the aging population, and the increasing prevalence of cardiovascular diseases like diabetes and obesity. These also lead to other complications such as surgical site infections and wounds. About half a billion people are living with diabetes currently and the disease is expected to affect 600 million people by 2030. A diabetic person is at a 25% lifetime risk of developing a Diabetic Foot Ulcer (DFU) and up to 85% of all limb amputations are preceded by an ulcer. In developed nations, one in six people with diabetes will have a DFU during their lifetime and the risk is even higher in developing nations. According to the International Diabetes Federation estimates, one limb is lost every 30 seconds to Diabetic Foot Ulcer (DFU) in the world and DFUs are the most common reason for hospitalization of diabetic patients.

As per global data, about 18 million visits (outpatient and inpatient surgical visits) are due to chronic wounds, and this has led to increased hospital visits and hospital beds occupancy. Not only this, DFU patients have an increased mortality rate (a twofold increase) and five-year mortality rates are about forty-percent. Through interventions and proper wound care at the right time, diabetic foot ulcers (DFU) are preventable, healable and the number of limb amputations can be lowered by up to 85%. Limp amputations also lead to significantly lower life expectancy with 25% of people dying within 30 days, almost 50% within 1 year and up to 80% in 5 years. 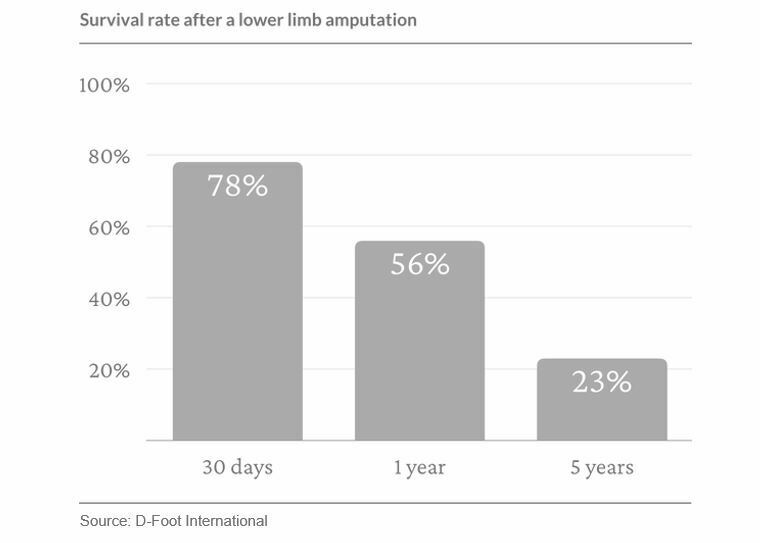 The AMA aims to bridge and address this big gap in the training and training infrastructure for training health staff (public & private) and other stakeholders in the medical emergency management/first aid and wound care community. The modules would include both theoretical and practical training on wound care and wound etiologies, and also on how to differentiate and assess the different types of traumatic injury with a view to stabilize, control, and treat external haemorrhage, using the latest advances in haemostatic technology.